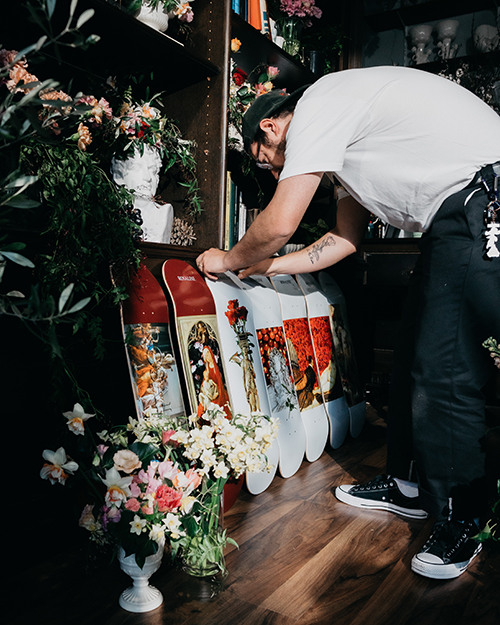 Rosaline is a brand new Australian skateboard company based on the road of Australia. Anthony Chicco is the man behind the brand and his creative inspiration for the graphics and aesthetic of the brand comes from his passion for art and it’s history.

After enduring a terrible accident in 2014 Anthony found himself trying to fill a void of losing the ability to skate and created the brand to stay in touch with his love for skateboarding. Never the less he is back on the board and is also filming his team on his custom-designed Sony vx1000. Have a read through this short interview to find out more about Anthony and his new baby, Rosaline.

So tell us a little bit about the brand. How did it come about and where is it based?

Well, the brand Rosaline comes from a reference out of Shakespeare’s Romeo and Juliet. Before Romeo throws his whole life away for Juliet, he is head over heels for a babe named Rosaline. He’s so infatuated by her but she really could not care less for him. Aside from really liking the name Rosaline I loved this reference and felt it fitting based on my experience of being in love with skateboarding and then not being able to enjoy it due to my accident in 2014.

As to where is Rosaline based, technically it’s based on the road, where I live in my converted 1978 Volvo B58 Bus. Although we have our team In Melbourne as well as Canberra I wouldn’t say we are a Melbourne or Canberra based brand as I just want to support Aussie skaters in their respective crews and throw some big love to the fellas that are ripping. 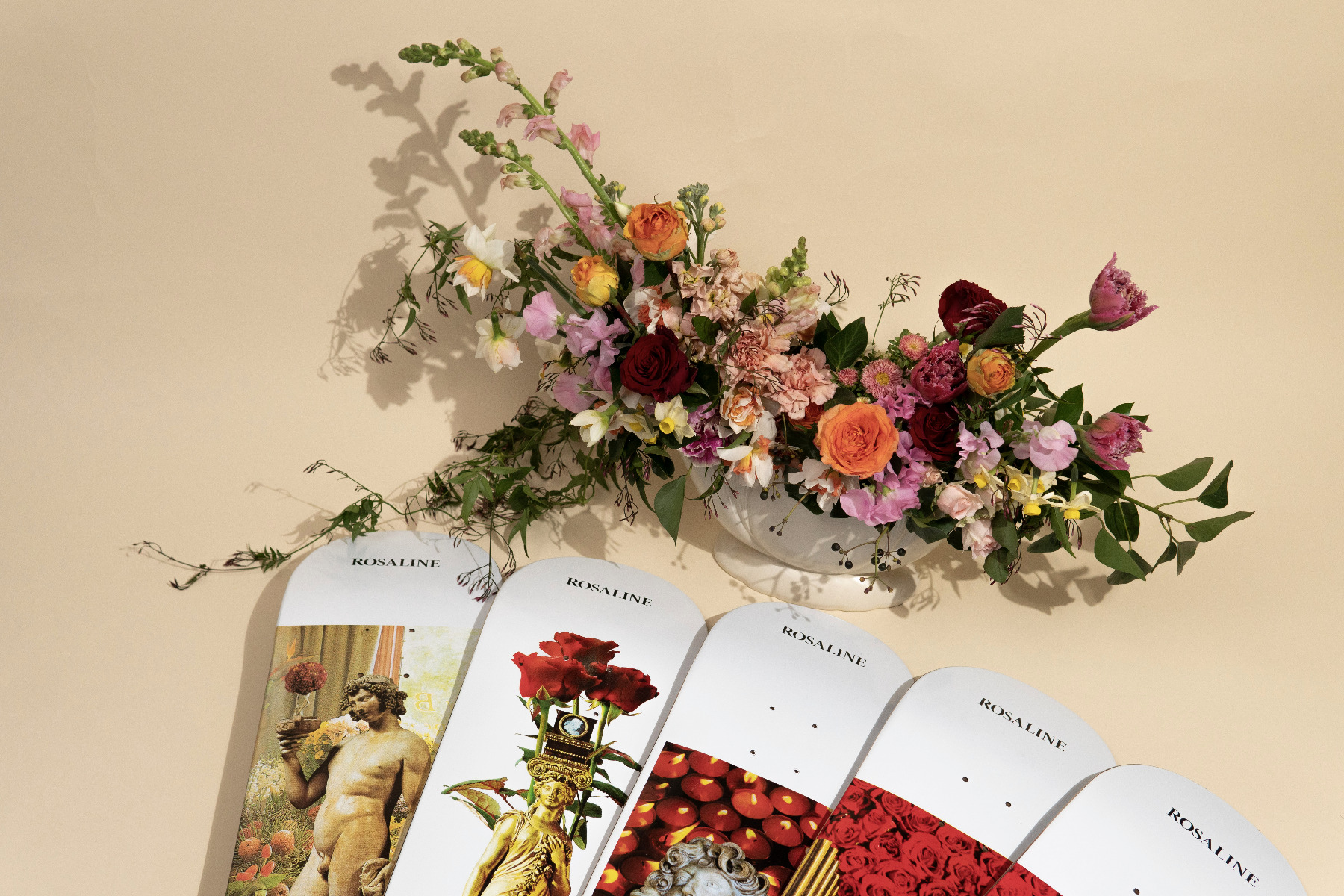 Who’s involved behind the scenes and who rides for it?

As far as the creation of the brand it’s solely me. I do all the artwork, running around getting the product made and even a bit of the filming. I was fortunate enough that the boys at 4128 Dist were keen to jump on board to get all the gear out there to shops for our nationwide launch!

Our team consists of Zac Vanzetti and Leonardo Panzera in Canberra and in Melbourne we’ve got Tom Griffin and Tyron Drew.

What’s the inspiration behind the graphics from the first range?

I guess the artwork for the first range kind of evolved out of necessity more than anything. I grew up drawing and studied art and really enjoyed the process of drawing graphics. Just ink on paper was my method. However after my accident in 2014, I was unable to pursue drawing in the same manner due to nerve and brain damage so in order to continue tickling my creative muscle I would go to op-shops anywhere I could and just pick up books that had great pictures that I could rip out, scan into the computer and cut them out to play around with. Pretty much like a digital collage. I really enjoyed the art history part of studying and wanted to reinvent some old masterpieces from the renaissance period and even after. I guess to give them a new life instead of being trapped inside museums.

What happened with your accident?

So in 2014, I was working as a learning support assistant at a local Canberra primary school when I got a big electric shock from opening the Kindy/Year 1 classroom door. There was a fault in the ceiling which somehow made it to the metal door. My hands were stuck on the door for just under ten seconds and then I was just limp on the ground. Unable to talk or move and rushed straight to the hospital. I experience mild paralysis which lasted a few weeks and need lots of therapy just to walk again. My speech was all blubbery for a few weeks too. I ended up with a bit of brain damage along with some muscle and nerve damage as well. So that was about 4 years off the board and another 2 and a bit years re-learning how to skate again. There were lots and lots of specialist appointments and therapy to get me to where I am now.

So I had plenty of time to plan Rosaline and make her exactly how I wanted ready for everyone else to see. 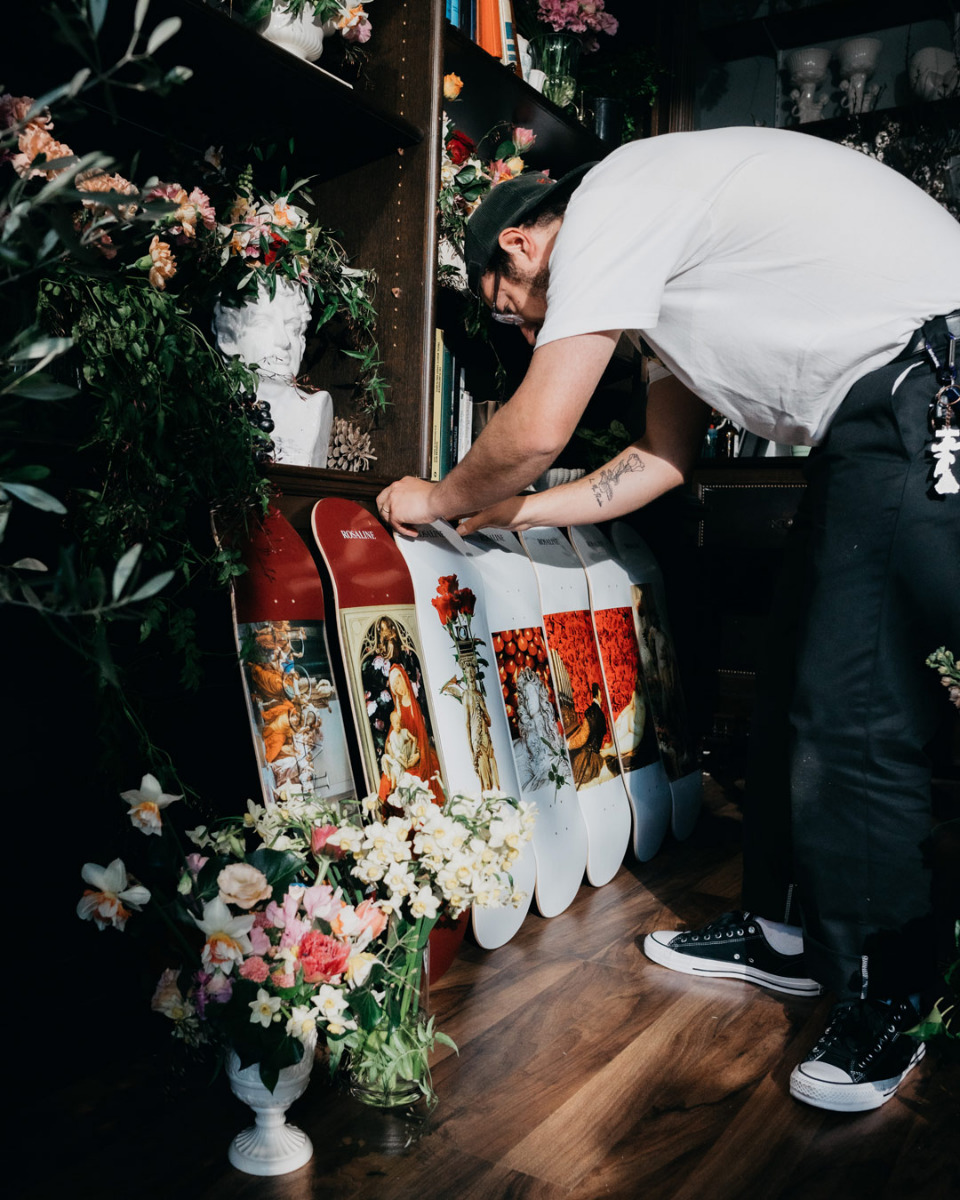 How was the process of filming and editing the team promo video?

I found the process to be quite exciting. I mean it’s the first one for the brand so naturally, you’d hope for it to be that way. And of course, all the boys stacked some great clips in the short time frame given so I can’t complain. Ask me again in 5 years. I may have a different answer then haha.

The filming was fun as I just recently got a custom vx1000 from the guy who painted Beagles Shake Junt camera and Jaime Thomas’ black one. So it was good fun taking it out for a spin and stacking some clips. However, it didn’t come without heartache after losing a few clips to glitches on a recent Sydney trip. But I guess that’s the price to pay when working with old technology.

What’s next for the brand?

Well, I’m already working on our second range that will release in the first quarter next year. Working with the team to put out some video parts. Some may be sooner rather than later. A lot of it all depends on covid. I had some team travel plans for 2021 but who knows what will happen there.

Ultimately I’m just excited to see how we go after the launch and get the next range out to everyone that’s keen.

Where would you like to see the brand in the next few years?

I’d really like to see it being received well by the Australian skaters so I can keep making more products. Outside of that, there are a few things I’m working on which you will just have to wait and see.

Back to all stories
Next Story Introducing 12AM 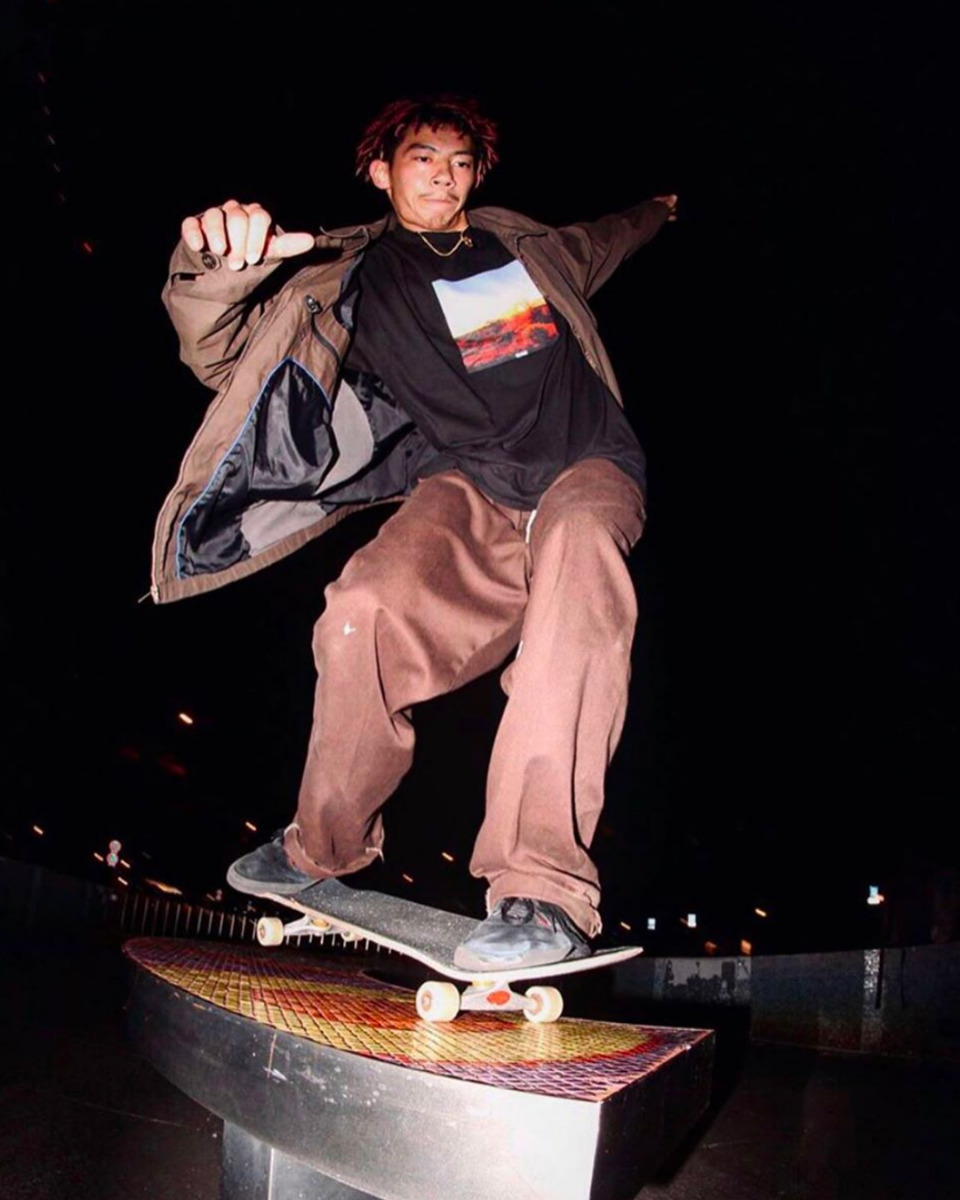