Dave Chami has been an integral part of the Australian Skateboarding scene for many years now,

we recently caught up with him to get a glimpse into his very interesting life around skateboarding.

Dave Chami has been an integral part of the Australian Skateboarding scene for many years now. Dave moved to Sydney from New Zealand, in the early 2000’s, shooting skate photos and running tours with various brands and magazines. His work took him overseas living in different parts of the world but these days he’s back in Sydney with his family and has a role as Adidas Skateboarding Australia's team manager/photographer.

We recently caught up with Dave to get a glimpse into his very interesting life around skateboarding.

How long have you been skating and shooting photos for and what/who was your inspiration behind getting into photography?

I started skating in 1990 and shooting photos in 2001. I had been working in the film industry in New Zealand and started taking photos on set and then just naturally gravitated towards trying to shoot skate photos of my friends. I remember I drove the Van on a Boom demo tour around NZ in 2001 and took my camera on the trip and tried to shoot skate photos, none of them were good enough to be published but after that I was hooked. I also have a good friend Rene Vaile from NZ who is a great skate photographer so I came up being inspired by what he was creating around me and just growing up in the era of magazines. The local newsagent in the small town I grew up in would get 2 copies of Thrasher and 2 copies of Transworld each month, I would go in almost every day after school and try to get them all. It was the only connection to America that we had, I think deep down I've always wanted to be part of that.

Originally from New Zealand but have lived in Sydney and Northern California also. Which is your favourite place to live/skate/ shoot photos and why?

That's hard to pick, I've actually also lived in Tokyo, Barcelona and London as well. I would say Sydney to live and just Australia in general for the standard of living we have here. Skating myself probably Barcelona cause it's just the best and you don't have to drive. Shooting photos would have to be SF, it has that big US city grime, the hills and the backdrops of the Bay, the Bridges and the Victorian houses, it's just unbeatable.

How long have you been Adidas Australian team manager and what does a typical day in the role usually entail?

Since the end of 2016 when we moved back to Australia. A typical day is emails, calls, facetimes, skypes, dms, texts, whatsapps and hopefully some skateboarding. I live to be outside with the team though.

The Adidas Aussie team has some amazing talent such as Gabberz, Tom Snape, Brad Saunders, Dennis Durrant and more. Is it a full time job in itself just keeping up with them and what they are up to?

Most of the team can handle their shit themselves with a little help or guidance from me, I usually have a good idea of what they're all up to. How do you go about sourcing new team riders or do they usually approach you?

I get sent footage all the time but honestly most of the people I've put on I already knew or were suggested to me by other team riders. Jae Overton always knows who we should hook up, he’s 2IC.

What has been one of the more memorable Adidas trips you have done? Where was it and what makes it so memorable?

I went on the last filming trip for Away Days to Barcelona, we had the whole team there, I think there were around 40 people total and each day we broke off into 3 seperate crews. We'd meet back up again at night, have a massive feast somewhere together and then congregate down at the cafe/bar under our hotel and sink beers while we caught up on what had gone down with each crew that day, it was epic!

Going back many years now, you have done a serious amount of tours as I remember our first Chocolate Skateboards tour together in Sydney & QLD back in January 2006. Any funny stories from tours back in the day that stand out?

The Fully Flared trips really stick out in my memory because I was with a group of my favourite skaters in the world and just shocked to be with them. I remember a dude broke into our van in Barcelona and Rick Howard and I rugby tackled him in the middle of Placa Universitat then Ty put the guy in a chokehold for half an hour, that memory always makes me giggle. One of the greats! Guy Mariano. Switch BS Noseblunt. Sydney.

When you lived in the USA you were working for Transworld magazine for sometime. How was that role and chapter in your life?

Man that was my dream job, I went from being a skater kid from Pukekohe reading Transworld to being their staff photographer in Northern California. I caught the tail end of working for a big print publication and rode it out til it didn't exist any more. Living in the US was an amazing experience, our son Weston was born there and we made friendships that will last a lifetime, it was just so cool.

Hopefully we come out of Covid-19 restrictions real soon but I wanted to touch on how it has affected your life and work. How do you think things will change going forward with skateboarding tours/travel/videos etc?

Well for us it’s really slowed life down, I had a small surgery on my leg just before it really broke out here so once I got home from hospital we just layed low at home, my wife’s freelance work all dried up and we pulled our son out of school. We've been helping Weston do his school work, baking, playing board games, taking him to ride his bike in the car park that's closed down near our house. I've been shooting photos around the house and in my little garage studio and developing my own film, just trying to stay stimulated really. I think the thing to draw from this is that if Mother Nature wants to get rid of us she will, we are all just guests on this planet and need to treat it with respect. We’ve acted like we are the rulers of this planet for a long time and this is the consequence of our actions. I hope that we take note of this in the future and act with more empathy towards the earth and each other. In regards to skateboarding, skaters are gonna skate.

Thank you for your time Dave. Do you have any last words or want to sign off with anything in particular? Perhaps some words of wisdom for the readers?

Always cut from the bottom son, never the top.

Back to all stories
Next Story Geoff Campbell Interview 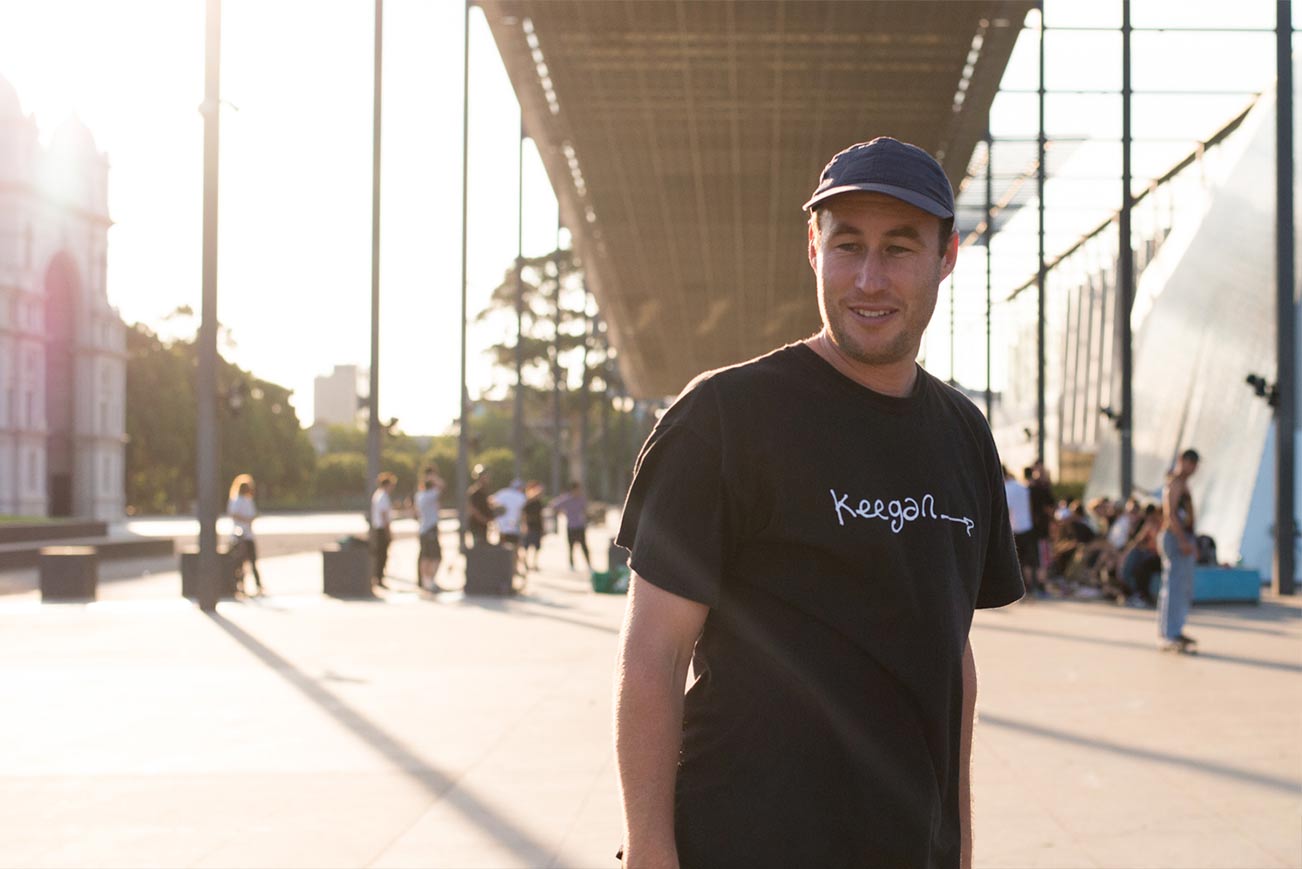